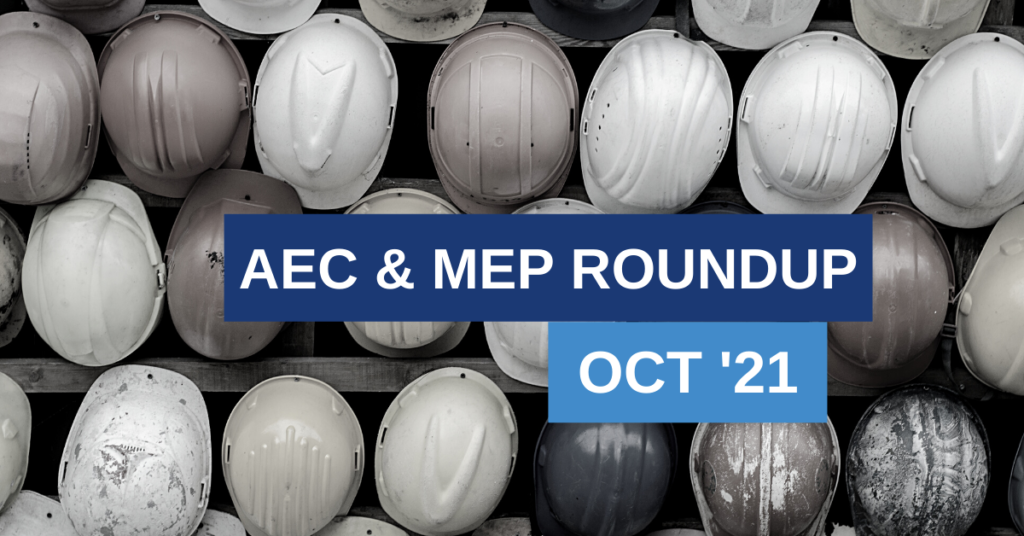 Q4 is officially one-third of the way complete and we’re quickly approaching the holiday season before the start of 2022. Let’s dive into some of the biggest headlines in the construction industry from October.

Stadiums, restaurants, and airports – oh my!

Climate Pledge Arena is the home of the NHL expansion franchise Seattle Kraken. The arena is actually a renovation of the historic Key Arena. It previously was home to the NBA’s Seattle SuperSonics played before they relocated to Oklahoma City. The arena opened two weeks ahead of schedule and the Kraken hosted their first match on October 23rd.

Traveling down I-5 to Los Angeles, the NBA’s LA Clippers recently broke ground on their new arena, which is scheduled to open in 2024. The $2 billion arena will be the third-most-expensive sports venue in the United States, only behind a pair of NFL stadiums.

The first-ever women’s professional soccer stadium in the United States will be built along the Missouri River in Kansas City. All current NWSL teams play in stadiums where they are not the primary tenant.

San Diego International Airport recently announced a $2.6 billion dollar expansion and the creation of a new terminal. The project, which will include 30 gates, amenities, more parking, and an improved roadway will open in phases starting in 2025.

Hot dog! Following their IPO filing, Chicago-based fast-food chain Portillo’s is eyeing a nationwide expansion. They have plans to grow tenfold, expanding to more than 600 restaurants. Most of their current locations are in the Midwest, with expansion focusing on Arizona, Florida, and Texas markets.

In addition to some of the major construction projects with big news in October, there were more than a few construction industry trends we were monitoring.

Facebook is launching a Construction pipeline program for people entering or transitioning to the construction industry. The program will be at multiple locations, where they’re building data centers.

The Dallas-Fort Worth Metroplex has seen 44 straight quarters of net positive industrial absorption. There are plenty of industrial construction projects underway to continue the growth.

The I-4 corridor in Florida between Orlando and Tampa is the fastest growing region in the state. The construction of many distribution facilities and lower housing costs are fueling the growth.

Science and technology labs are finding homes in new construction and renovated facilities as STEM demands continue to grow.

For the latest AEC and MEP industry trends, be sure to follow our LinkedIn, Facebook, and Instagram accounts. If you’re looking for a career in any of the AEC or MEP industries, keep your eyes on our latest construction job openings.